You are a Rufous hummingbird, just arrived in the North for the Summer. Lock down a food source and fight other birds off. Survive the Summer and get fat for your migration South in the Fall.

Give it a few minutes to load. ¯\_(ツ)_/¯ Also, sometimes the sound doesn't load in some browsers. I believe clicking on the game window may fix this in some situations.

Made for The Bird Jam, by HSG.

Not even close to finished. There are still a bunch of bugs and missing elements from what will be the final game, and the current art is crap. Any artists out there want to contribute?

-insects to eat for protein, or be stung by

- Hard Mode: play as a female Rufous. Same as normal but you also must build a nest out of gathered materials, lay eggs, warm them, feed the hatchlings, all while also doing normal game survival.

My keyboard is European and for some reason my keyboard-keys (; etc.) didn't work. But I would love to play this! Crossing my fingers there will be like a "european keyboard-option" in the future ;) tried pressing the settings but it didn't open a menu unfortunately.

And the music is so sweet it made me laugh together with the bird. Such a lovely mood!

Oh! I was not aware that there was a different keyboard! But now that you've said it, it makes perfect sense. I will look into adjusting it. Yes, the Settings button and many other things are still just placeholders for now. Future updates will fill this in, and I will be sure to include key-binding options. Thank you!

Pretty polished animations and movement on the hummingbirds for a jam game! I like the concept, and the execution. I could see it being an interesting multiplayer experience if it ever gets developed that way. One thing, sometimes it gets a little frustrating positioning the hummingbird *just* right to get the flower

Thanks for your feedback. I hadn't thought of multiplayer, but once this is more developed, that could be a great idea. As far as positioning right, if you hold the Slow key [ ' ], you will move much more slowly and lock your pointing direction. I only briefly showed the controls in the intro text, but later I'll include more of a tutorial and also have the controls viewable from the pause menu. Also probably gameplay hints on loading screens. Thanks! 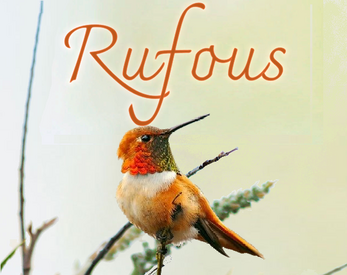